The goals of this research cluster are to bring together scholars and members of the community who are actively engaged in the consideration of urban governance in Canada. There are several distinct major research projects at York, on various aspects of governance in cities and city regions, and several community-based research initiatives are also underway. This cluster will support conversations among them in informal and formal ways, provide a platform for organizing events that bring in other scholars and experts to share their knowledge and insights, as well as support the development of future research and community projects, including external funding applications.

Visit our page to explore on-going research, and use this as a basis for sharing knowledge and inviting scholarly and community engagement. One of the key goals will be to use our collaborations to directly inform policy initiatives with the Federation of Canadian municipalities and with individual city and regional councils.

The definition of urban governance, and its relationship to local, regional, provincial and federal governance in Canada, is in flux. The unilateral reduction of the number of councillors on Toronto’s City Council in 2018 was more than a local issue. Immediately, there were statements of concern from mayors across the country, and the Federation of Canadian Municipalities has sought to advance a stronger role for and greater independence for city government. Jurisdiction over land-use in cities and city regions is complex, with ownership by private citizens, corporations, and all levels of government.

Who will make the decisions, and how those decisions are made, are equally important questions. Urban citizenship concerns the fundamental question of who constitutes the city. Processes of urban governance reform are underway in Canada, but they need to be shaped by inclusive consultation, and specific structural proposals need to be informed by practices of public consultation. For example, considerations of Indigenous governance, as well as the participation of non-citizen residents, racialized communities, the queer community, and the disabled community, must all be part of the conversation. This cluster will offer frameworks for grounded, human-centred policymaking on these questions of urban governance.

*For those interested in learning more about CIVIS please reach out to the project leads above. 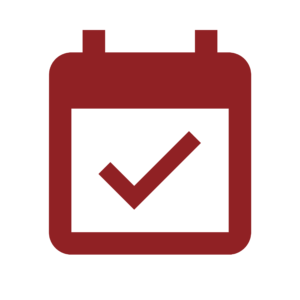 Presented by the Federation of Metro Tenants’ Associations, York University’s Robarts Center for Canadian Studies, and the City Institute

The COVID-19 pandemic has brought new urgency to the need to address the housing crisis and the suffering and loss associated therewith. The Toronto Foundation conservatively estimates 130,000 renters in Toronto are at risk of being evicted from their homes due to COVID related rental arrears. With the second wave of the pandemic upon us, and no new provincial evictions ban in sight, this panel will explore novel solutions to the housing crisis with a focus on the role of municipal governance.

The Federation of Metro Tenants’ Associations has recently published a report, Taking Back our Housing, that makes concrete proposals for using municipal expropriation powers to address the crisis by expanding the supply of affordable and not-for-profit housing.

Other cities across Canada and internationally have been making headlines for doing just this:

These actual and proposed uses of expropriation evoke a longstanding desire within left politics to see that “the expropriators are expropriated”. Yet they also stir the spectre of expropriations past, wherein the local state has facilitated the dispossession of poor, racialized and other marginalized groups.

Toronto based examples include recent municipal partnerships with the private sector to “revitalize” public housing and create mixed income neighbourhoods in Regent Park and Don Mount Court, which caused multiple harms including displacement and community fragmentation. In Parkdale in the 1950s, the City bulldozed hundreds of working-class homes in the name of "slum clearance" to make way for the Gardiner expressway. Indeed, City Hall itself was the site of a major expropriation of poor and racialized people who lived in the Ward, Toronto's first "slum". And, of course, Indigenous peoples have faced expropriation from the land by all levels of government for hundreds of years.

So, is expropriation fatally flawed, a “boogeyman” for liberals and leftists alike? Or, is it a potentially crucial measure, at a time when housing financialization is rampant and public re-investment is desperately needed? This panel addressed these and other questions pertaining to municipal governance and housing such as: 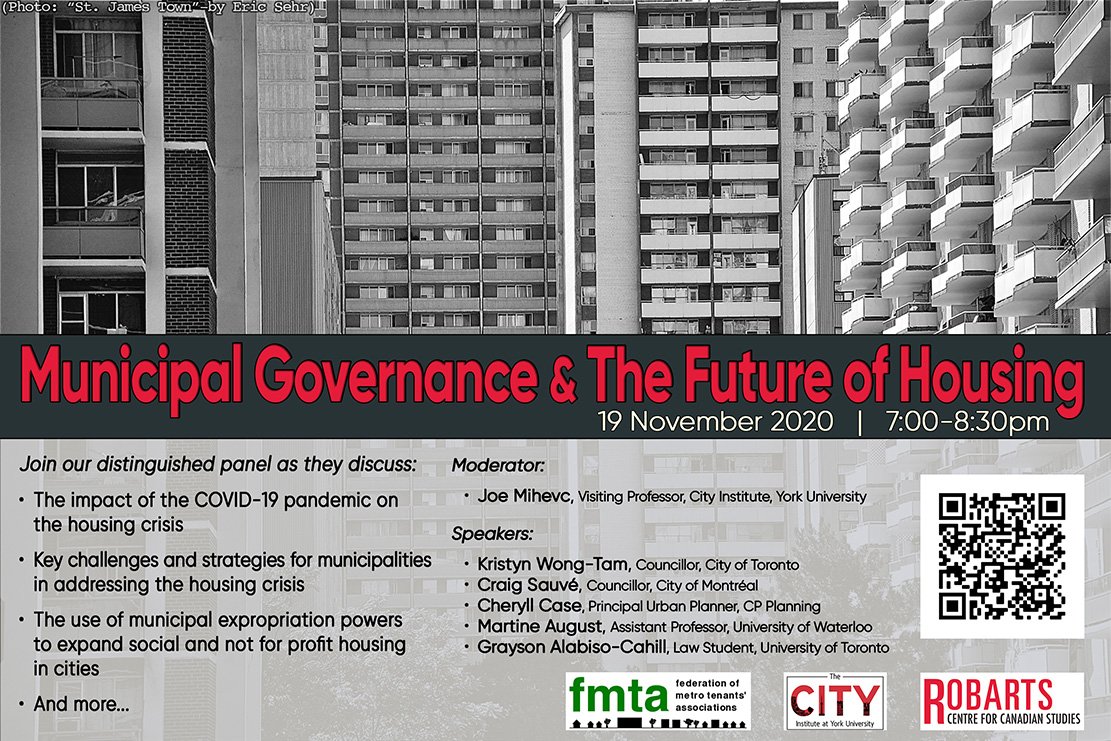 Presented by the Glendon School of Public and International Affairs, the CITY Institute, and the Robarts Centre for Canadian Studies.

It is no secret that the housing affordability in Toronto has reached a tipping point, a situation exacerbated by the COVID-19 crisis as people face job losses, the decline in income, and fears of a second wave of the pandemic. With the demand for housing increasing at a much faster than the supply of housing available, residents and newcomers to Toronto are being priced out of the city.

This event examined how Toronto has the highest immigration rate per capita in the world, with 43 per cent of new immigrants settling in the GTA. Many Canadians, including millennials and new immigrants, are struggling to find affordable housing and many are coming to see homeownership as less and less realistic. With the trends observed over the past five years, who can blame them? The shortage of rentals available, the lack of affordable housing, and the development of Toronto’s neighbourhoods by big-name developers are certainly not helping the situation.

Panelists explored questions including: What are our representatives doing to address housing affordability? Are the policies being put in place to assist us in attaining affordable housing effective? Are these policies counterproductive? How are racialized Canadians impacted by discrimination, affordability and displacement? How do alternative models such as cooperative housing help address some of these challenges?