Marsden is a sociologist whose research has focussed on Canadian social change in labour markets, women’s status and population studies. She graduated from the University of Toronto (1968) and received the PhD from Princeton University (1972). She was on the faculty of U of Toronto for twenty years before becoming president and vice-chancellor of Wilfrid Laurier University (1992-97) and then York University (1997-2007). She has published six books and many book chapters and refereed articles. She served as the third president of NAC, on many volunteer and corporate boards and committees both Canadian and international, Senator for over eight years. Since leaving York’s presidency she has taught and carried out research from Glendon campus. She is a Continuing Senior Fellow at Massey College. She has been recognized with six honorary degrees, the Order of Canada and by the Order of Merit of Germany. 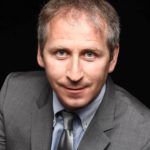 Irvin Studin is the President of the Institute for 21st Century Questions, and Editor-in-Chief & Publisher of Global Brief magazine. He is one of Canada’s leading policy thinkers and strategists, and has been called one of the leading international policy thinkers of his generation. Studin is with the Chaire Raoul-Dandurand at the Université du Québec à Montreal (UQAM), and has been a professor in leading universities in North America, Asia and Europe. Studin is the co-founder of Ukraine’s Higher School of Public Administration (Kiev). His latest book is Russia – Strategy, Policy and Administration (Palgrave-MacMillan), and his upcoming book is Ten Theses on Canada in the 21st Century. He worked for a number of years in the Privy Council Office (Prime Minister’s department) in Ottawa, as well as in the Australian Department of the Prime Minister and Cabinet in Canberra.
The first ever recruit of the Canadian government’s Recruitment of Policy Leaders programme, he was a member of the team that wrote Canada’s 2004 national security policy, and he principal-authored Australia’s 2006 national counter-terrorism policy. He holds degrees from the Schulich School of Business (York University), the London School of Economics and the University of Oxford, where he studied on a Rhodes Scholarship. His PhD is from Osgoode Hall Law School, where he was a Trudeau Scholar and won the Governor-General’s Gold Medal.